Forecasting Of A Tsunami Depression 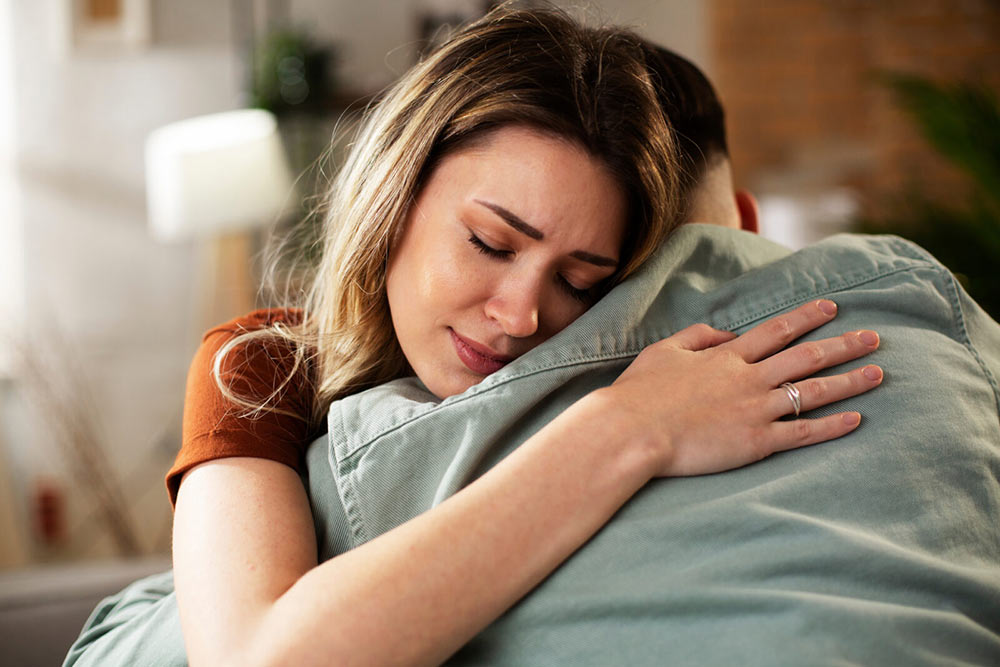 Tsunamigenic earthquakes (earthquakes that can lead to a tsunami) are real world examples of complex events that begin with an underlying physical disturbance in one medium (solid) and generate a larger physical disruption in another medium (liquid) that is translated again onto a land surface (solid). Tsunamigenic earthquakes typically occur along a major subduction zone plate boundary, displacing a large volume of water and generating a special kind of “seismic wave”. In contrast to tidal waves, seismic waves have an amplitude that is smaller and a wavelength that is fargreater. As the seismic wave (or tsunami) reaches the shore, the shallow depth within this region can result in a larger amplitude wave with an incredibly long wavelength. It is this characteristic that leads to major destruction to living and non-living objects on and surrounding landfall. Furthermore, different types of seismic energy can form different types of tsunamis; some of which can be manageable while others devastatingly destructive.

Such complex events do not adhere to a clear and consistent cause-and-effect relationship, requiring a formation of statistical modeling to help understand and estimate the risk of the event to occur. Statistical forecasting refers to a calculation or estimation that is based on data from prior events and combines it with recent trends to come up with a potential future outcome.

A national effort to form statistical methods to forecast tsunamis has been initiated and developed by the National Oceanic and Atmospheric Administration (NOAA). As per their website, the NOAA further states, “To forecast inundation from early tsunami waves, seismic parameter estimates and tsunami measurements are used to sort through a pre-computed generation/propagation forecast database and select an appropriate (linear) combination of scenarios that most closely matches the observational data. This produces estimates of tsunami characteristics in deep water which can then be used as initial conditions for a site-specific (non-linear) inundation algorithm.” https://nctr.pmel.noaa.gov/tsunami-forecast.html

Therefore, tsunami forecasting requires a statistical method to compute risk based on a careful matching of new observations with a database of pre-existing observations.

The Depression Syndrome: A Tsunami’s Aftermath

It is widely accepted that chronic psychological and physiological stress can lead to a depression. In an attempt to explain how physiological stress can result in a mental illness syndrome, a “stress-diathesis” (or stress-vulnerability) model of mental illness was proposed by Paul Meehl in the 1960s5. The stress-diathesis model posits that individuals who have underlying biological vulnerabilities to mental illness will express the disorder if a combination of internal and external factors are present. Therefore, the “vulnerable” person who expresses depressive symptoms (low mood (low positive affect), disturbance in sleep, low interest in doing things that were once enjoyable (anhedonia), increased guilt/shame, low subjective energy, poor concentration, abrupt changes in appetite, suicidal thoughts), may be experiencing chronic and high stress as a result of their environmental circumstances.

To draw from our tsunami example, the syndrome of depression may not be any one disease entity, but rather a result of a confluence of discrete pathological changes in the brain. These discrete changes may occur in different ways for each individual who experiences it.

Currently, we do not have a clear, consistent, and specific way of forecasting and predicting risk of depression early enough to curtail the potential devastation that may occur. Without dispute, there is a clear need to discover new approaches to identify early stages of depression, institute treatments tailored to the individual patient, and decrease the incidence of illness recurrence in those diagnosed with MDD.

Another major challenge to mental health professionals is that in the current diagnostic system, the diagnosis of MDD is based on the presence of a combination of specific clinical signs and symptoms6,7. Although this approach may have led to earlier symptom detection in primary care settingswhere non-psychiatric clinicians commonly make first contact with depressedpatients, a diagnostic model based on phenomenology without a firm understanding of an underlying pathophysiology has severely limited the ability to design more effective clinical interventions to alleviate depression and prevent relapse. Therefore, as clinicians, we are in the throes of the Tsunami’s aftermath, confidently letting the patient know that they are in a depression when any loved one could probably have made a similar diagnosis.

The Research Domain Criteria (RDoC) initiative by the National Institute of Mental Health was proposed to identify neurobiological substrates that underlie psychiatric illness8. Under this framework, clinical symptoms are categorized into proposed brain functional domains to investigate underlyingneural circuits and systems emerging from current research techniques (eg. neuroimaging, genetics, electrophysiology, etc.). Subsequently, it is possible to identify biologically enriched patient subgroups within one diagnosable disorder in an effort to guide the development of novel treatments, assess treatment response, and tailor treatment approaches. Other proposals for diagnostic system reassessments have been suggested (https://renaissance.stonybrookmedicine.edu/HITOP/AboutHiTOP)

High rates of co-occurrence of depression and anxiety have been long reported in the literature. In an effort to identify biological mechanisms linking the two disorders, a “tri-partite model” ascribes distinct core symptoms to each disorder (eg. physiological hyperarousal in anxiety, low positive affect or anhedonia in depression) as well as shared core symptoms in both (eg. general negative affect or distress in anxiety and depression)9. Inorder to determine the directionality of such an association, a recent large-scale cross-ethnic and cross-cultural epidemiological study showed that anxiety disorders are more commonly found years preceding a diagnosis of MDD10.

In a novel approach, Ruth Lanius at The University of Western in Ontario, Canada, proposed a model for subtyping post-traumatic stress disorder (PTSD), another stress-related mental disorder, based on divergences in emotional regulation mechanisms11-13. The findings from this work suggest that clinical symptoms of PTSD map onto specific functional brain abnormalities reflecting divergent developmental trajectories; a stress-diathesis model within a developmental context. High rates of comorbidity between MDD and other stress-related disorders such as PTSD14, obsessive compulsive disorder (OCD)15, and the Anxiety Disorders16 has led to suggestions that MDD may represent a common pathway for both disorders that are mediated by genetic and personality trait vulnerabilities. In a social and evolutionary context, it has been suggested that depression may represent an end-point after repetitive and high intensity stressors in the form of failures of emotionally salient interpersonal attachments or the “failure to yield” in the light of evidence of unattainable outcomes17.

In summary, Major Depressive Disorder may represent a common end pathway as a result of repetitive and high intensity stressors, such as trauma, failure, or loss. These stressors may alter the trajectory of brain development and manifest in divergent but predictable ways based on underlying neurobiological and personality vulnerabilities. Clinical and neurobiological heterogeneity of MDD may represent a specific path into depressive illness. Therefore, understanding the pathway into a depression may help us understand how to provide more rapid relief and prevent recurrence of illness.

Instead of seeing depression as a final inevitable state of pathology, we can try to identify those who are at highest risk through examining how the impact of stress is experienced in the brain. For example, physiological hyperarousal can be quantified with the startle-blink method, a psychophysiology technique in which the amplitude of involuntary muscle contraction (ie. blink) is measured in response to a startling stimulus18. Such primitive defensive reflexes serve as a protective function in response to threat. Fortunately, complex psychological processes, such as active emotional states (positive/negative) or active cognitive processing can modulate arousal by increasing or decreasing salience and attention to the threat, which may be reflected in the startle response. Therefore, psychotherapies that aim to reduce emotional affect (dialectical-behavioral therapy, cognitive behavioral therapy), may act through this mechanism.

The hypothalamic-pituitary adrenal (HPA) axis, one of the most well-studied neuroendocrine systems associated with depression, has been shown to be abnormal in patients with MDD19. In particular, HPA axis abnormalities have been shown most markedly in depressed patients with a trauma history. Trauma can be considered as an environmentally mediated biologically impacting source event; an earthquake that can form a vulnerability to a repeat earthquake.

In a study of depressed children who were concurrently experiencing ongoingchronic adversity (marital violence, emotional abuse, poverty, lack of supports), compared to depressed nonabused children and normal control children, the group of depressed abused children had significantly greater peak, total, and net ACTH secretion after an infusion of CRH, suggesting a sensitization effect on the anterior pituitary gland to release ACTH20. In another study of 39 patients with borderline personality disorder (BPD), 24 ofwhom had sustained childhood abuse and 15 patients without, those who were chronically abused showed a greater abnormality in the HPA axis compared with nonabused subjects. When comorbid MDD (n=11) and PTSD (n=12) diagnoses were factored into the analysis, comorbid PTSD significantly attenuated the ACTH response21. Taken together with a meta-analysis of studies of trauma exposed patients, the existence of childhood maltreatment/trauma/abuse rather than diagnosis (MDD, PTSD, BPD)22, has been associated with an enhanced pituitary release of ACTH.

The advent of technological tools, particularly ones that allow for behavioral measurements through real-time video recording, or wearable devices, have brought about a new era of behavioral assessment and analysis. Behavioral analysis, once considered as a more “subjective” method from trained clinicians, can be more objectively measured through these tools. Furthermore, analysis of language through computational linguistics techniques have allowed for data analysis on a large scale to aid with earlier diagnosis and intervention. These tools have been spurring the development and growth of software applications and smartphone apps that provide real-time feedback to the user (ie. Patient). Some smartphone apps have created “bots”, which provide the user with real-time feedback using linguistics analysis and machine learning techniques. Essentially, the “bot” interacts with the user in an artificially intelligent manner.

Yet, as we move ourselves into the “data-driven” era of mental health, we must keep our “heads” about us. The power of transference in psychotherapy, and the “human connection” through the patient-clinician interaction must remain our gold-standard for the basis of our work. After all,the weather forecast needs a forecaster.